"Imper I.M.D." Accommodation is located in the very center of Nis, in the street 7. Juli 22, municipality Medijana, 18000 Nis, Srbija. We have comfortable, newly equipped rooms: two with 1 bed, two with 2 beds, two with 3 beds and two with 4 beds. All rooms have air-conditioners, cable TV and free access to the internet. Within the accommodation there is a cocktail bar and a restaurant where You can enjoy the international specialties of our skilled cooks for affordable prices. In the yard of our building, there is a parking lot with a video surveillance for your vehicle.

Our services can be paid:

Geographically, Niš is located at the crossroads of the most important Balkan roads. Adittion of Nis passes the European highway E75, which leads from the north from Belgrade, and continues south to Thessaloniki and Athens. Another important highway is the road E80, which leads from Adriatic Sea and Pristina, to Dimitrovgrad, Sofia, Istanbul, and further to the Middle East. Nis also have a road leading to the northwest to Zajecar, Kladovo and Timisoara.

Nis is the hub of railway lines that goes to Belgrade, Skopje and Thessaloniki. Constantine the GreatInternational Airport (code INI) is located 4 km from the center, from which travel regular flights to Zurich, and seasonal flights to Tivat and London (via Sofia).

Important tourist destinations in Nis and the surrounding area are: 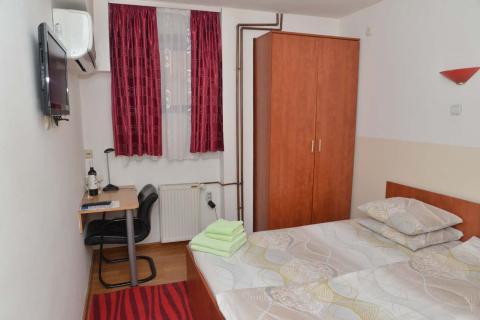 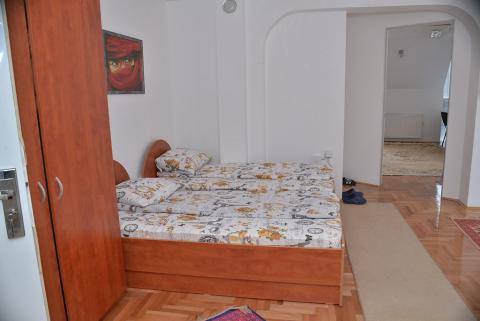 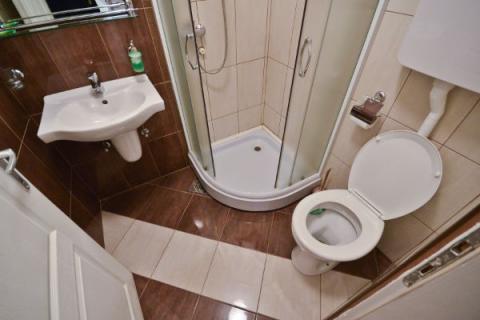 The bathrooms at our accommodation provide comfortable and pleasant refreshment to maintain your personal hygiene. The hydro-massage showers provide complete relaxation. Our bathrooms are equipped with soap, shampoo, towels.